Abstract: Since Japanese animation, reductively called “anime,” is a global phenomenon, it is commonly assumed that anime influenced Chinese animated filmmaking. Focusing on the hidden history of the encounter of Sino-Japanese animation in semi-occupied Shanghai during World War II, this paper challenges assumptions about the hegemonic power of anime by documenting the Chinese influence on early Japanese animation. Many studies of wartime transnational cultural flows in Asia examine how Japanese culture influenced other parts of Asia through military conquest and how colonized or subjugated countries and regions assimilated to Japanese culture. This paper complicates the diffusionist model of unidirectional cultural transmission by exploring how animated filmmaking in semi-occupied Shanghai (trans) formed the history of early Japanese animation. Specifically, it focuses Princess Iron Fan (1941), the first animated feature film made in China and Asia, and how its wartime travel to Japan gave rise to the birth of animated feature films in wartime Japan. It also impacted Tezuka Osamu (1928-1989), the so-called god of modern Japanese manga and anime whose works were shadowed by Princess Iron Fan from the beginning to the end of his career.

Princess Iron Fan transformed the early history of Japanese animation, yet its national identity was changed by the journey. Its original anti-Japanese sentiment became ambiguous after it traveled to Japan and was assimilated into Japanese film culture. The promiscuous wartime travel of Princess Iron Fan and its animated afterlife in Japan demonstrate that Chinese national identity as represented in animation became particularly amorphous after transnational journeys and contact with Japanese cultural forms, even during the highly politicized wartime era when geopolitical and cultural borders between self and other were clearly defined. 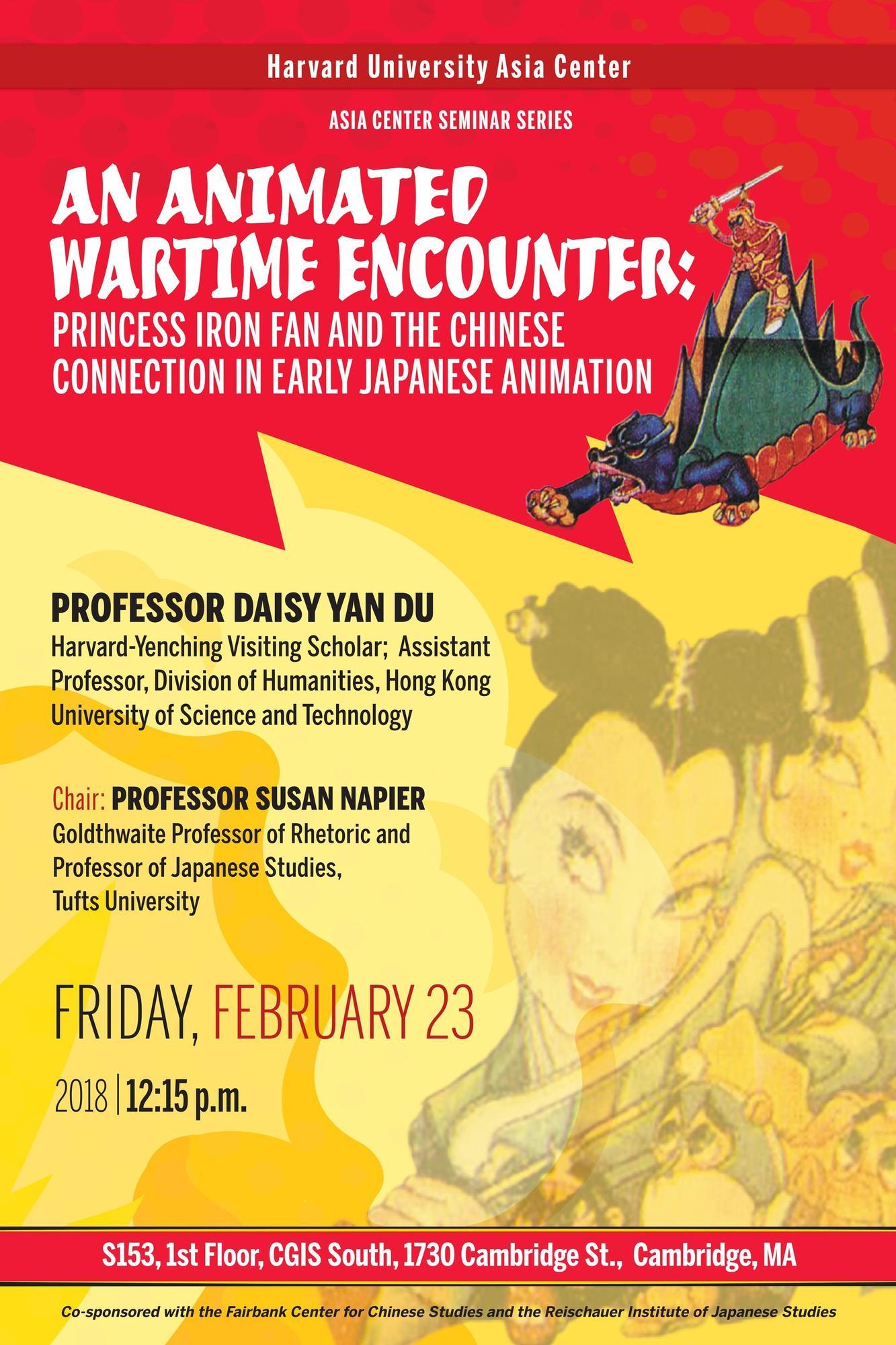