Constitutional Bricolage: Thailand's Sacred King Versus the Rule of Law

Abstract: Building on Claude Lévi-Strauss’ seminal distinction between bricolage and engineering, this talk proposes the concept of “constitutional bricolage”, defined as an assemblage of constitutional texts, doctrines, and practices tied together from various competing traditions. I will document how tensions between competing notions of the rule of law derived from the Hindu-Buddhist, common law, and civil law traditions, coupled with hybridized legal borrowings from within these three traditions, materialized into the constitutional design of a theocracy in the late nineteenth century, several incarnations of military dictatorships throughout the twentieth century, and finally the current juristocracy since the turn of the twenty-first century. These “constitutional bricolages” were initially aimed at imposing limits on the king’s powers but instead revealed themselves as crucial tools for building and consolidating royal prerogatives, owing to the doctrinal work of several generations of influential constitutional jurists.

A light lunch will be provided. 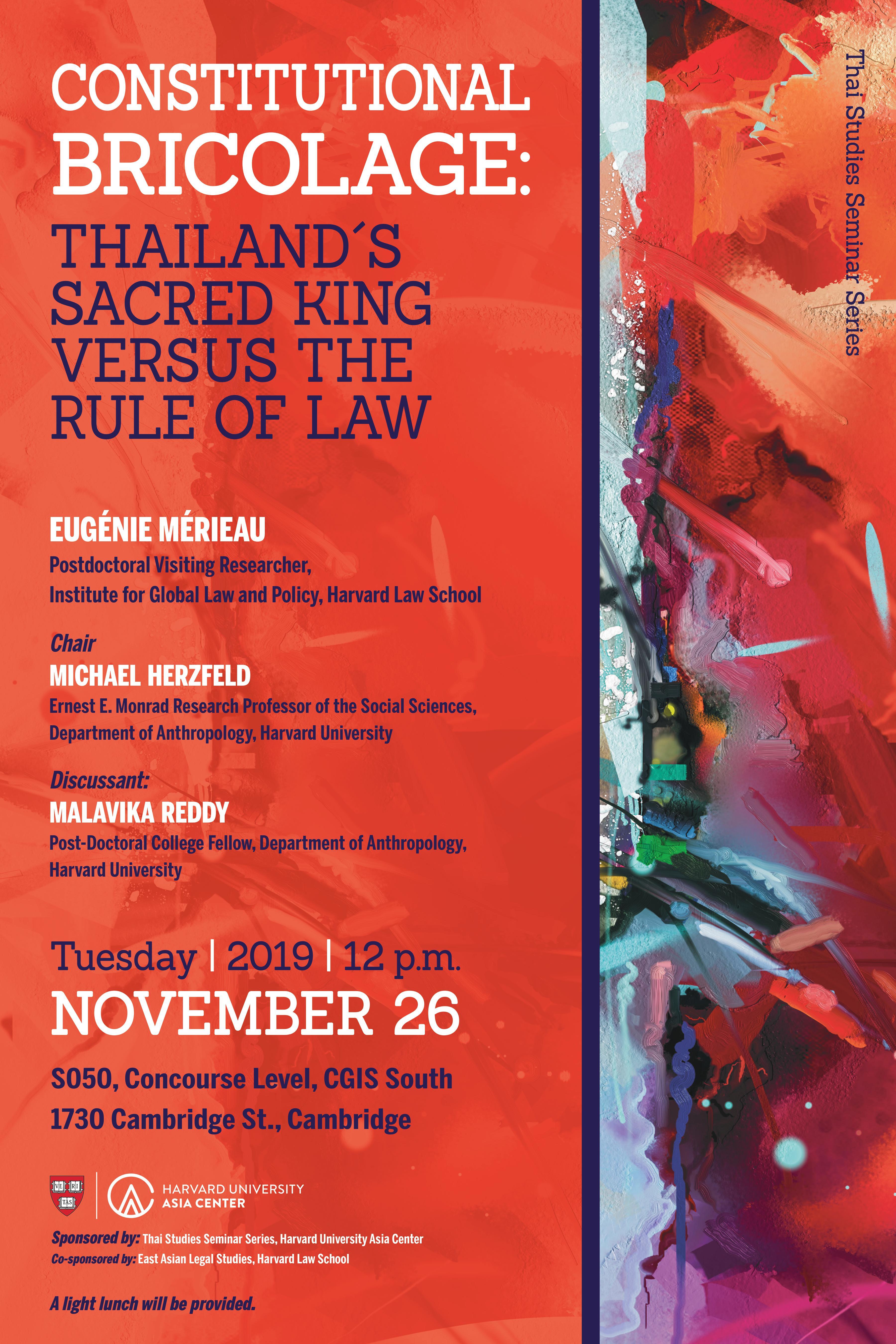 CANCELED! Looking Back on Siddhartha: on wonder, the uncanny, and finding our way in Asvaghosa’s Life of the Buddha

CANCELED! A Turbulent Decade: Public Perceptions of Democracy in China