From Illiterate to Sinologists: Indexing Chinese

Speaker: Florence Hsia, Professor of the History of Science at the University of Wisconsin–Madison, and author of Sojourners in a Strange Land: Jesuits and Their Scientific Mission in Late Imperial China.

Chair: Victor Seow, Department of the History of Science

Abstract: In 1937, the Académie des Inscriptions et Belles Lettres in Paris awarded its annual Prix Stanislas Julien for “the best work concerning China” to William Hung’s Index to Li Chi (Li-chi yin-te), an early number in the Harvard-Yenching Sinological Index Series published in 77 volumes between 1931 and 1950. To locate characters, words, phrases, and names across a wide range of Chinese-language texts for the benefit of sinological research, William Hung adapted the four-corner index system that Wang Yunwu, editorial head and later general manager of the Commercial Press in Shanghai, had initially designed to reduce popular illiteracy and business inefficiency in early Republican China. In this talk, I look to developments in communication and printing technologies, translation work, language and script reforms, and library cataloging to analyze early efforts to systematize Chinese character indexing, together with their often paradoxical legacies. 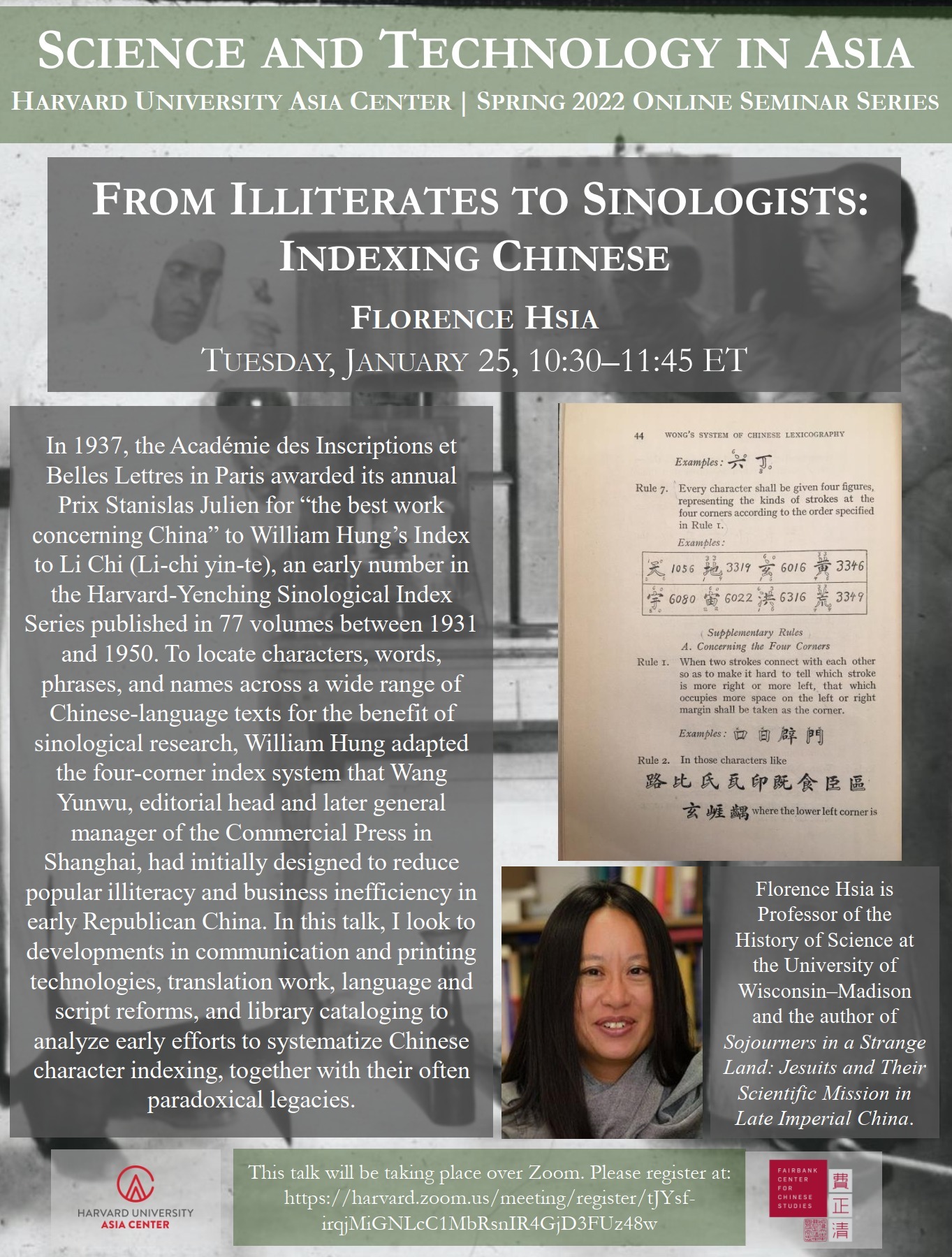