From Sarandib, Via Lanka, To Ceylon: Exile and Memory in the Colonial Age

The small, Indian Ocean island known as Sarandib, Lanka, and Ceylon was a site of banishment throughout the 18th century for members of royal families, convicts, servants and others sent there from across the Indonesian archipelago. Descendants of these exiles who remained on the island continued to speak and write in Malay, the archipelago's lingua franca, and to adhere to a collective Muslim identity for several centuries and into the present. The talk considers if and how earlier religious and literary traditions of banishment tied to the island - those of Adam's fall from paradise to Sarandib and Sita's abduction to Lanka - mattered to the early exiles and their descendants

Register in advance for this meeting:
https://harvard.zoom.us/meeting/register/tJEldu-spzkqE9wwOuHsAiB7M93wLup2H3mP

After registering, you will receive a confirmation email containing information about joining the meeting. 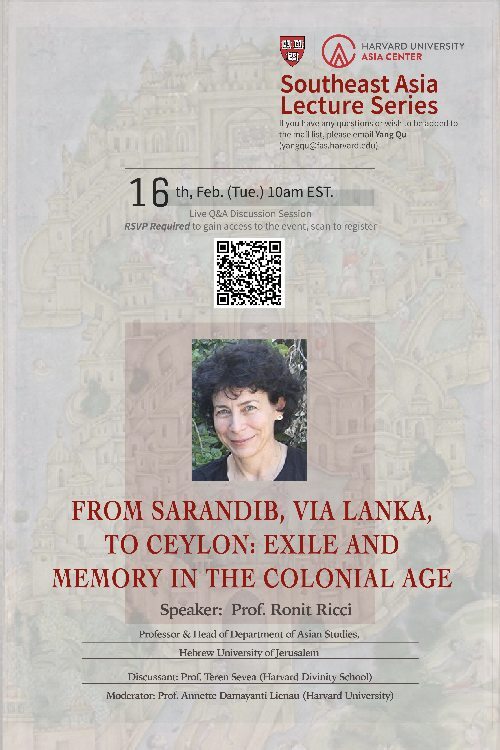