Reimagine "Asian": With Casts of Kim's Convenience & Fresh Off the Boat

On Monday, March 25, 2019, the Office of Student Affairs in the Harvard Graduate School of Education (HGSE), the Pan-Asian Graduate Student Alliance (PAGSA), the Pan-Asian Coalition for Education (PACE[KW1] ), and the Harvard University Asia Center are co-sponsoring the panel “Reimagine Asian: Defying Stereotypes and Celebrating Identity in Media & Popular Culture.” The event will take place in Askwith Hall, HGSE, 13 Appian Way, Cambridge, and will feature the actors Andrea Bang, Paul Sun-Hyung Lee, Simu Liu, and Andrew Phung from the Canadian hit show Kim’s Convenience (available streaming on Netflix) and Hudson Yang, one of the stars of ABC’s Fresh off the Boat.

Woojin Kim, Diversity & Inclusion Intern and Ed.M. ‘19 Candidate in the HGSE and a former middle and high school Latin teacher, was inspired to create this panel while engaging more critically on the topic of Asian representation in media and popular culture in Professor Natasha Kumar Warikoo’s Fall 2018 course titled Cultural Explanations for Racial and Ethnic Inequality in Education. The discussions and research in the class highlighting the history of and impact to Asians in education, culture, and their identity development led him to begin brainstorming about potential events on the topic. On January 17, 2019, he sent out a tweet asking several of the now-confirmed panelists if they’d be interested. Almost immediately Simu Liu responded, and subsequently introduced Kim to additional Kim’s Convenience actors, reflecting not only the power of social media to connect people but also the timeliness and potency of this topic.

In his press release for the event, Kim states, “After many years of erasure, misrepresentation, and general lack of exposure, Asians have established a foothold on their presence in media. Creatives can express their full and true stories, thus crafting more authentic, diverse narratives about Asians apart from their stereotypes…Students at Harvard would like to highlight some of [these] trailblazers as they continue their ascent.”

Moderating the event will be Kim’s co-chair Amy Jiravisitcul, Ed.M. ’19 Candidate. The event is free and open to the public. RSVP here: hgse.me/reimagine 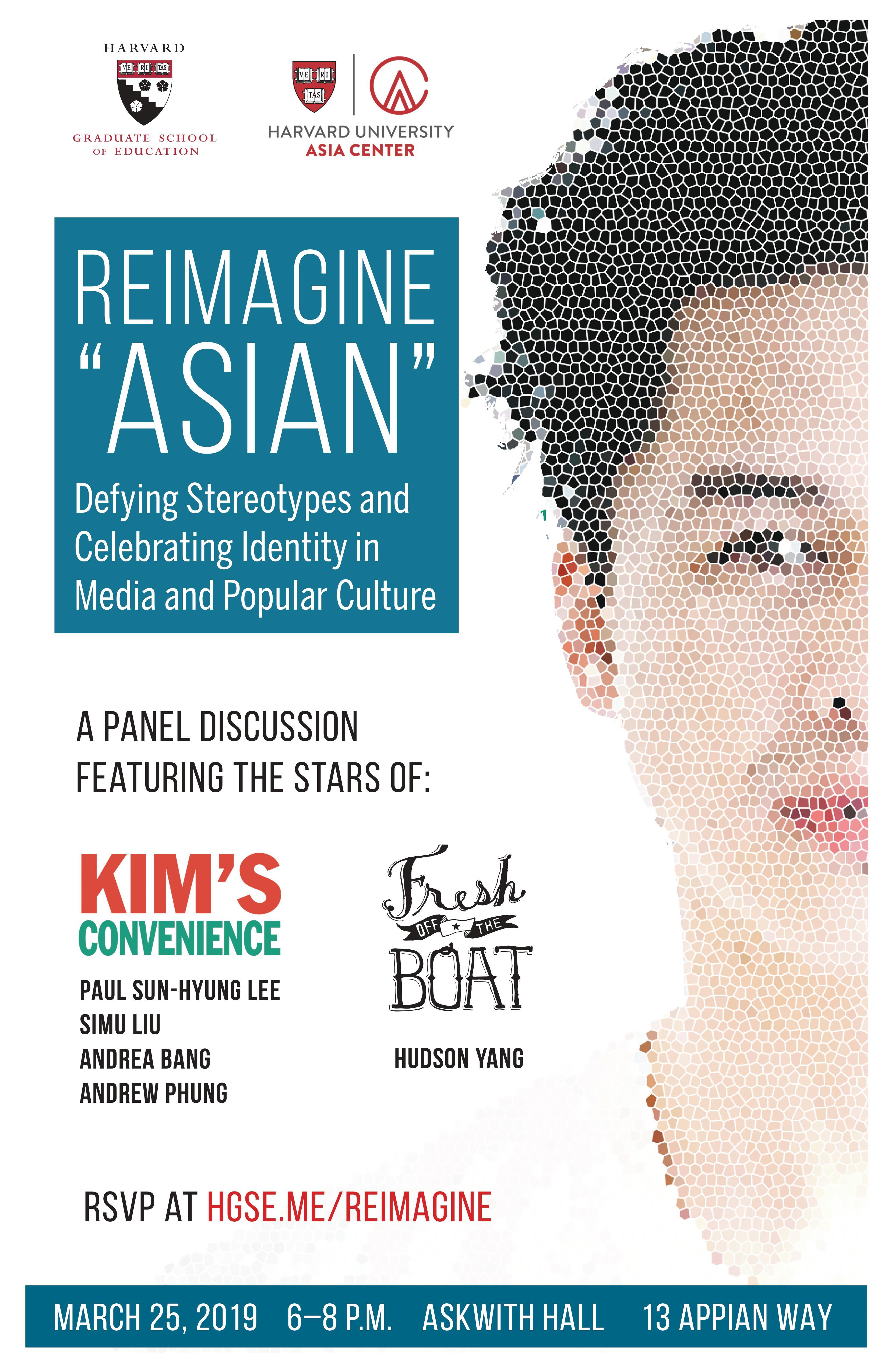 Bangladesh at 50: Looking Back, Looking Forward