Reporting on Asia: A Discussion with Four Nieman Fellows

Glenda M. Gloria is the managing editor and co-founder of Rappler, the leading social news network in the Philippines. She has run newspaper, magazine, cable news and online newsrooms. Earlier in her career, she rose from the ranks as a reporter for local and foreign publications, covering politics, conflicts, rebel movements and the military, for which she has won various investigative reporting awards. Gloria was the recipient of a MacArthur grant for “Under the Crescent Moon: Rebellion in Mindanao,’” the book she co-authored with 1987 Nieman Fellow Marites Dañguilan Vitug. She also won the 2008 Marshall McLuhan Prize for investigative reporting.

Gloria is studying the evolution of journalism and democracy at this time of rapid technological change, and the changing relationship between journalists, citizens and democratic institutions. Gloria is the 2018 Sandra Burton Nieman Fellow, whose time at Harvard is sponsored by the Sandra Burton Scholarship Fund for Filipino Journalists.

Shalini Singh is a New Delhi-based features reporter. She has worked for the Indian newsmagazine The Week and the country’s leading daily, the Hindustan Times, where her story on illegal mining in the Indian state of Goa won the Ramnath Goenka Excellence in Journalism Award for best environmental reporting. Singh was a fellow at the New Delhi-based Centre for Science and Environment and has reported widely on environmental issues. Her other awards include the Prem Bhatia Memorial Award and the first Cushrow Irani Prize for environmental reporting as well as the Laadli Media and Advertising Award for Gender Sensitivity for a team feature. She is a founding member of the CounterMedia Trust and a regular contributor to the People’s Archive of Rural India.

At Harvard, Singh is working to expand this multimedia digital repository of information about the lives, languages and cultures of the 833 million people in India’s countryside who are largely ignored by the mainstream media.

Bonny Symons-Brown joined the Australian Broadcasting Corporation in 2013. She has worked in radio and TV news was most recently the supervising producer of “The Drum,” a political talk show providing analysis of the day’s biggest stories from a diverse range of perspectives. Previously Symons-Brown was based in Jakarta and anchored a daily news program on Indonesian television. She is the winner of the 2017 Elizabeth O’Neill Journalism Award. Her career started in the Australian parliamentary press gallery for the AAP wire service.

Symons-Brown is studying the intersection of Islam, democracy and human rights, drawing comparisons between Indonesia and the rest of the Muslim world.

Edward Wong is an international correspondent for The New York Times who served as the Beijing bureau chief and China correspondent from 2008 to 2016, covering Chinese politics, economics, the military, foreign policy, the environment and culture. He has reported across Asia, including in Afghanistan, North Korea and Myanmar. He also covered the Iraq War from 2003 to 2007 as a Baghdad-based correspondent. Wong received the Livingston Award for Young Journalists for his Iraq reporting, was part of a team that was a finalist for the Pulitzer Prize for international reporting and has received awards for his China reporting and for sports writing. He joined the Times in 1999 and reported for the business, metro and sports desks before going overseas. At Princeton University, he has taught as a Ferris Professor of Journalism.

Wong is studying the rise and fall of modern empires, their strategies for shaping the world and the consequences of their declines. He also plans to study visual storytelling. 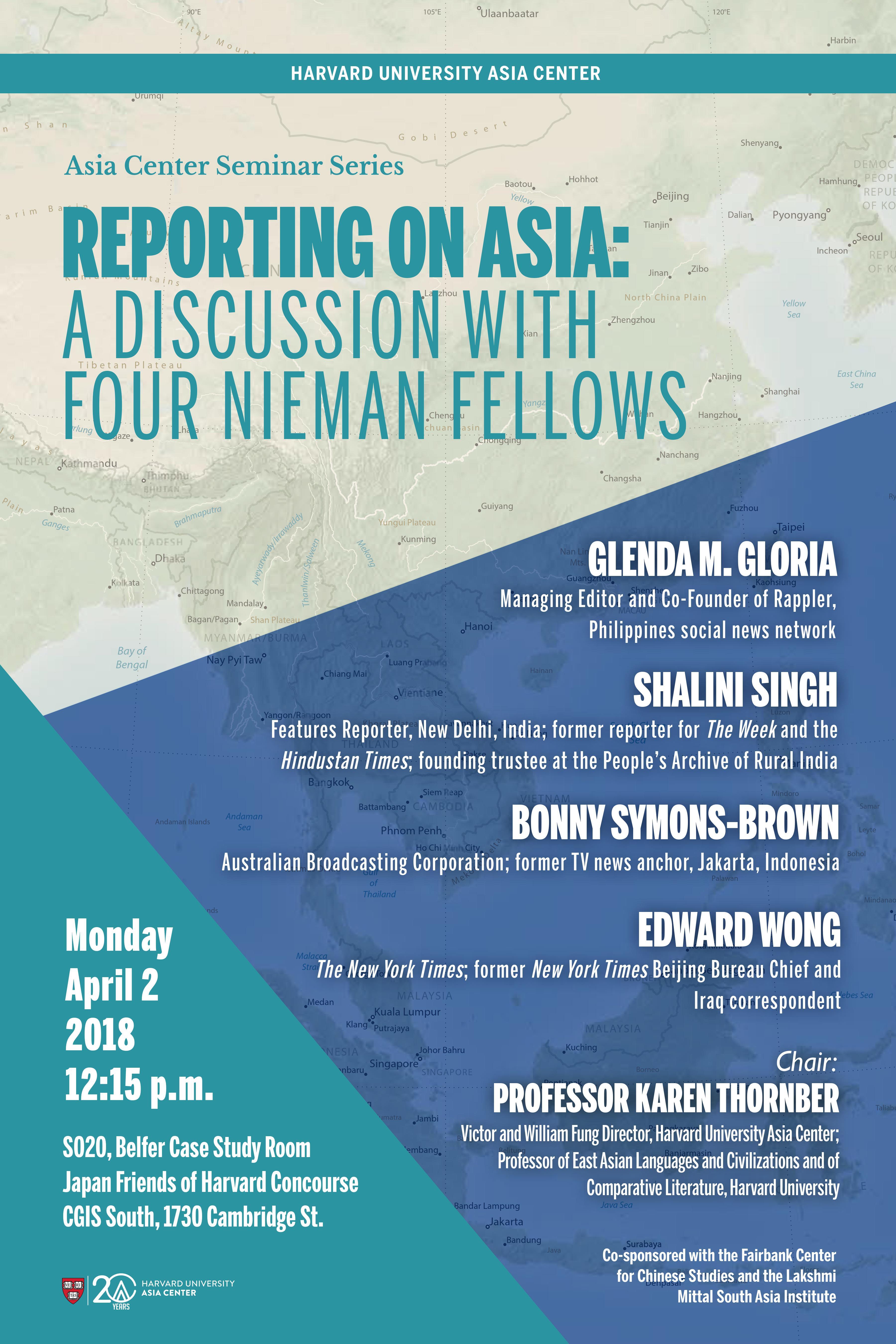