Sovereignty in China: And the Long Legacies of History

Abstract: A quest for sovereignty characterizes China’s modern history: charting an uninterrupted course since the nineteenth-century Opium Wars, it reflects the country’s tortuous journey within the history of international law. The current territorial disputes in the South and East China Seas, the reunification with Taiwan, and the difficulties with the autonomous regions are all related to the most recent definition of China as a sovereign state, and to the introduction of international law. During the nineteenth century, Qing officials started to use sovereignty not only against the encroachment of Western powers, but also to unite under one single sovereign authority the vast territory that was colonized and inscribed within a ritual geography in the course of the two previous centuries of imperial expansion. In a way, the vast Qing multiethnic and multinormative empire continues to haunt the Chinese modern nation: the Chinese Communist Party’s endeavor, as specified in the Constitution, is still the reunification of the motherland. While remaining a hard-won prize after what has been rhetorically called the ‘century of humiliations,’ more recently with the official codification of the Five Principles of Peaceful Coexistence in 1954, sovereignty has become the cornerstone of China’s foreign policy. How did these sovereign claims come about? When did they start, and why? How are these claims different from or similar to those made in the nineteenth and early twentieth centuries, and what can the continuities and discontinuities in usage tell us about the current and future trajectory of China in international society? These are among the questions that the presentation will address. 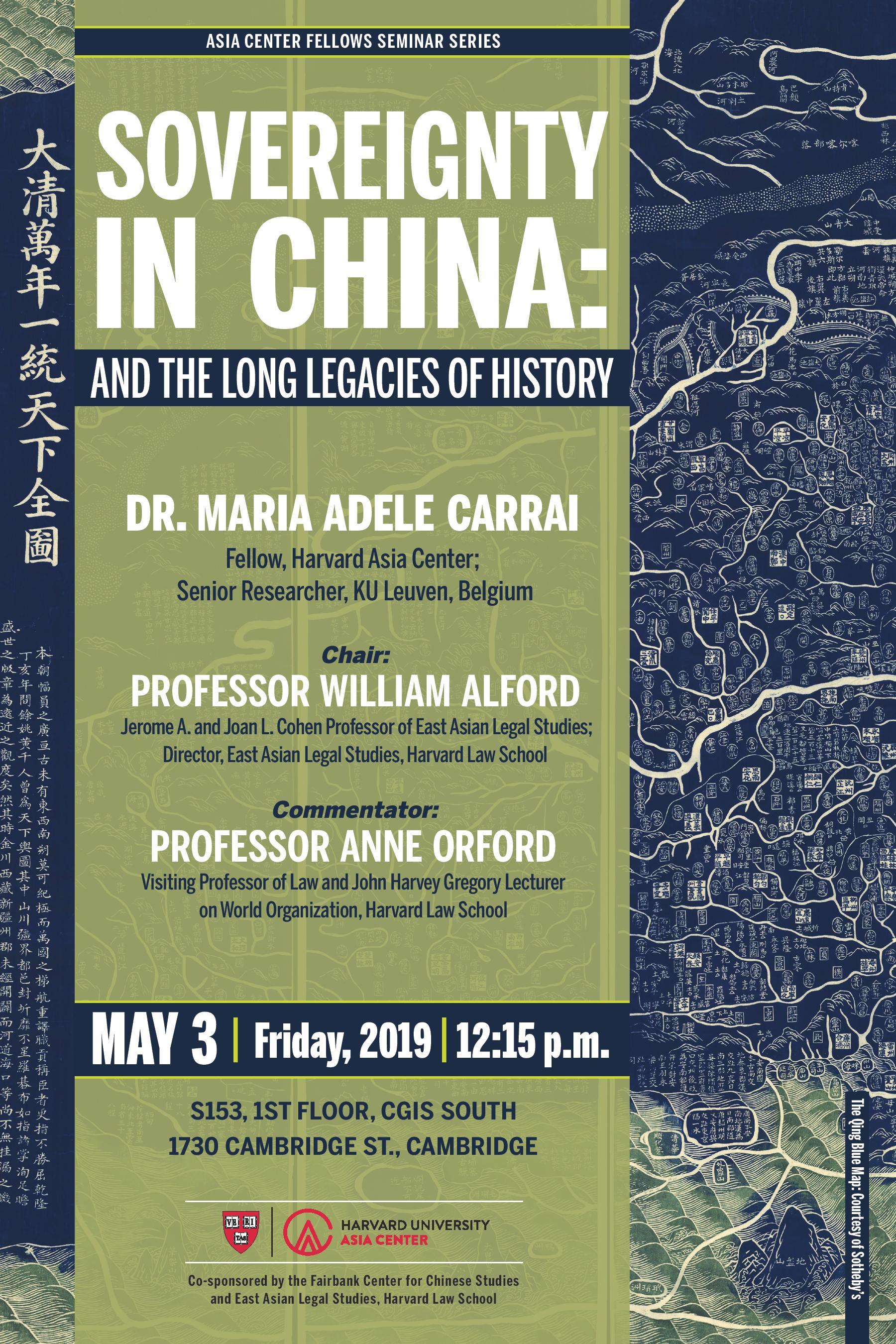 In the Forest of the Blind: Making and Unmaking Buddhist Asia With Faxian

Conditional Hospitality: A Research Design on the Relationship Between International Aid and Attitudes toward Refugees

The Best of Times, the Worst of Times? Koreans in America in COVID Times