The Thrall of Monarchy: A History of Royalism through a Study of Prince Prisdang

Tamara Loss' recent book, Bones around My Neck: The Life and Exile of a Prince Provocateur, narrates the story of Prince Prisdang Chumsai (1852–1935). He served as Siam’s first diplomat to Europe during the most dramatic moment of Siam’s political history, when its independence was threatened by European imperialism. Despite serving with patriotic zeal, he suffered irreparable social and political ruin based on rumors about fiscal corruption, sexual immorality, and political treason. The book pursues the truth behind these rumors, which chased Prisdang out of Siam. It explores the experiences of a prince who ran afoul of the king yet spent the remainder of his life yearning to return to Siam and serve the monarchy. Retelling his story today raises questions for us in the contemporary moment in Thailand, where the tension between devotion to and critique of the monarchy remains in play. The talk will suggest what Prisdang’s tale reveals about Thailand’s monarchy today. 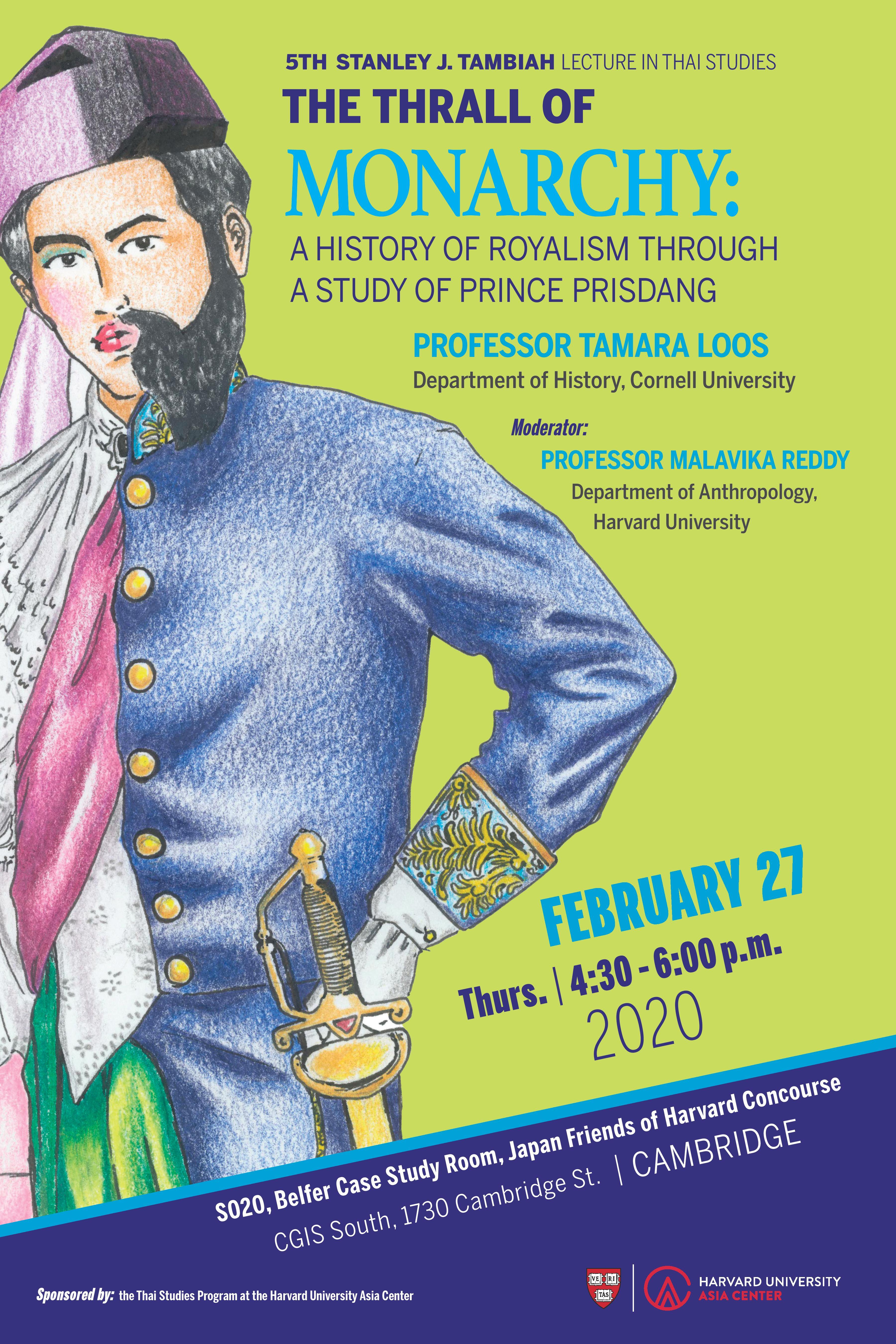