"Those Who Fall Behind Get Beaten Up": Can Science Build a Strong China?

Speaker: Yangyang Cheng is a particle physicist and essayist. Her writings have appeared in The New York Times, MIT Technology Review, and ChinaFile, among other publications. She is currently a postdoctoral fellow at Yale Law School and a columnist at SupChina.

Chair: Victor Seow, Department of the History of Science

Sponsored by the Harvard University Asia Center and convened by Professor Victor Seow, Department of the History of Science

Abstract: From the last Chinese empire to the current People's Republic, generations of politicians and intellectuals have sought advanced science and technology to build a strong China. They pondered the relationship between East and West, tradition and modernity, national allegiance and cosmopolitan ideals. Their efforts have shaped the path of China's development and mapped the contours of Chinese identity.

In this talk, I will trace their accomplishments and regrets, as well as lessons for today, through the lives of two men from my hometown of Hefei, born a century apart. One was late Qing's most revered statesman. The other is one of the first two Nobel laureates from China. As the role of science and technology becomes one of the most contentious issues in U.S.-China relations, their stories teach about the forces that propelled China's rise, the ways lives can be squeezed by geopolitics, and the risks of using science for state power. 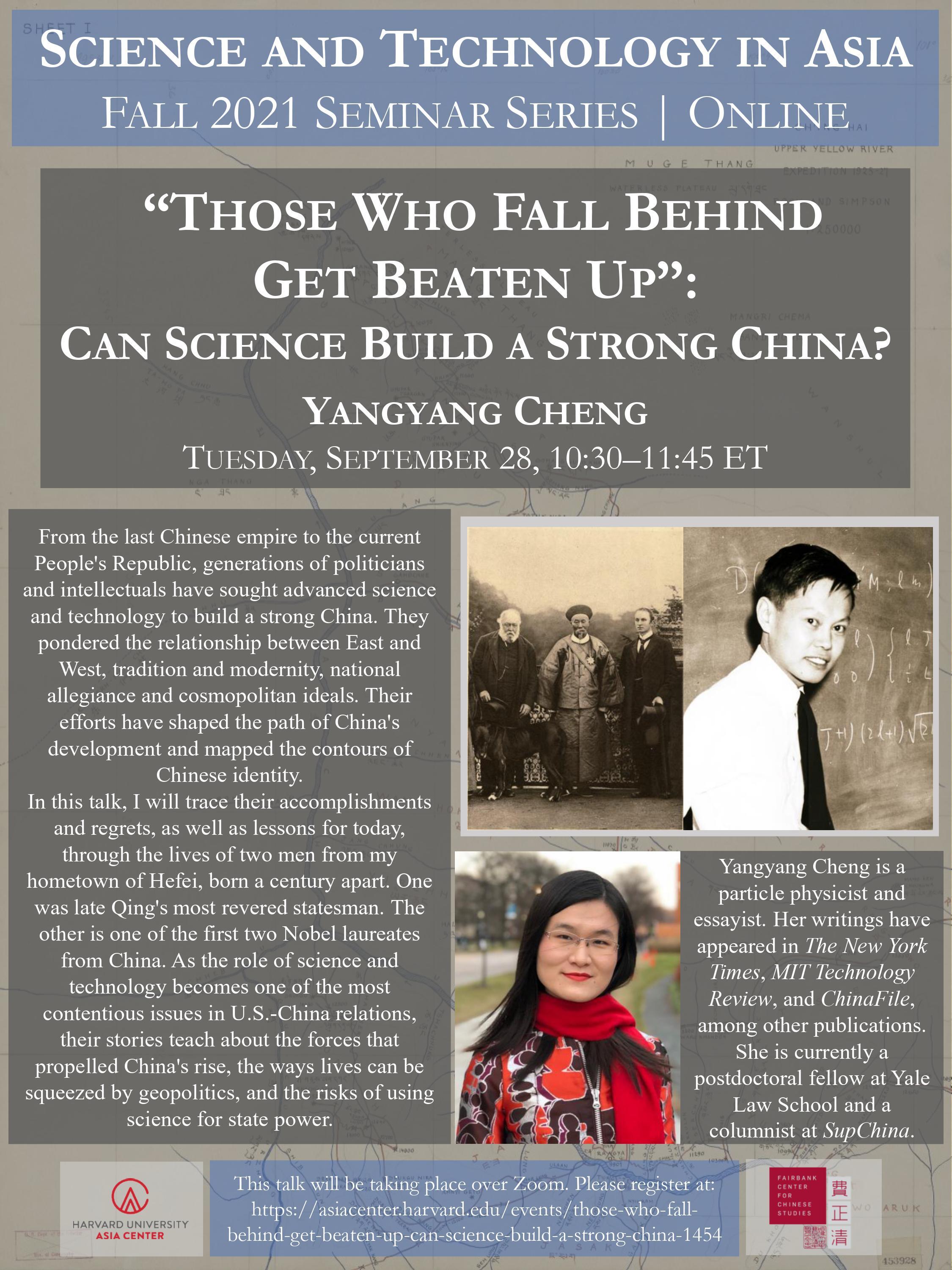