Richard K. Wolf is a Professor of Music and South Asian Studies at Harvard University who joined the Harvard faculty in 1999. Professor Wolf's thematic interests include emotional complexity in ceremonial contexts, the constitutive properties of musical action in rituals, the poetics of non-verbal activities, the musical qualities of languages, and the analytic potentials of particular languages for the study of music. He is the author of a number of books and monographs as well as edited volumes.

During his recent sabbatical (2012-13), Professor Wolf conducted research on the relationship between singing and performing on various lute types in Tajikistan. While based in the capital city of Dushanbe, his work also took him to the southeast part of the country, where he worked closely with musicians who speak Wakhi (an Eastern Iranian language), and to Pakistan, where Wakhis, speaking a different dialect, maintain their own musical traditions. He is in the process of helping a Wakhi poet-musician to publish his corpus of poetry for Wakhis who live in Tajikistan, Afghanistan, Pakistan, and Xinjiang China. 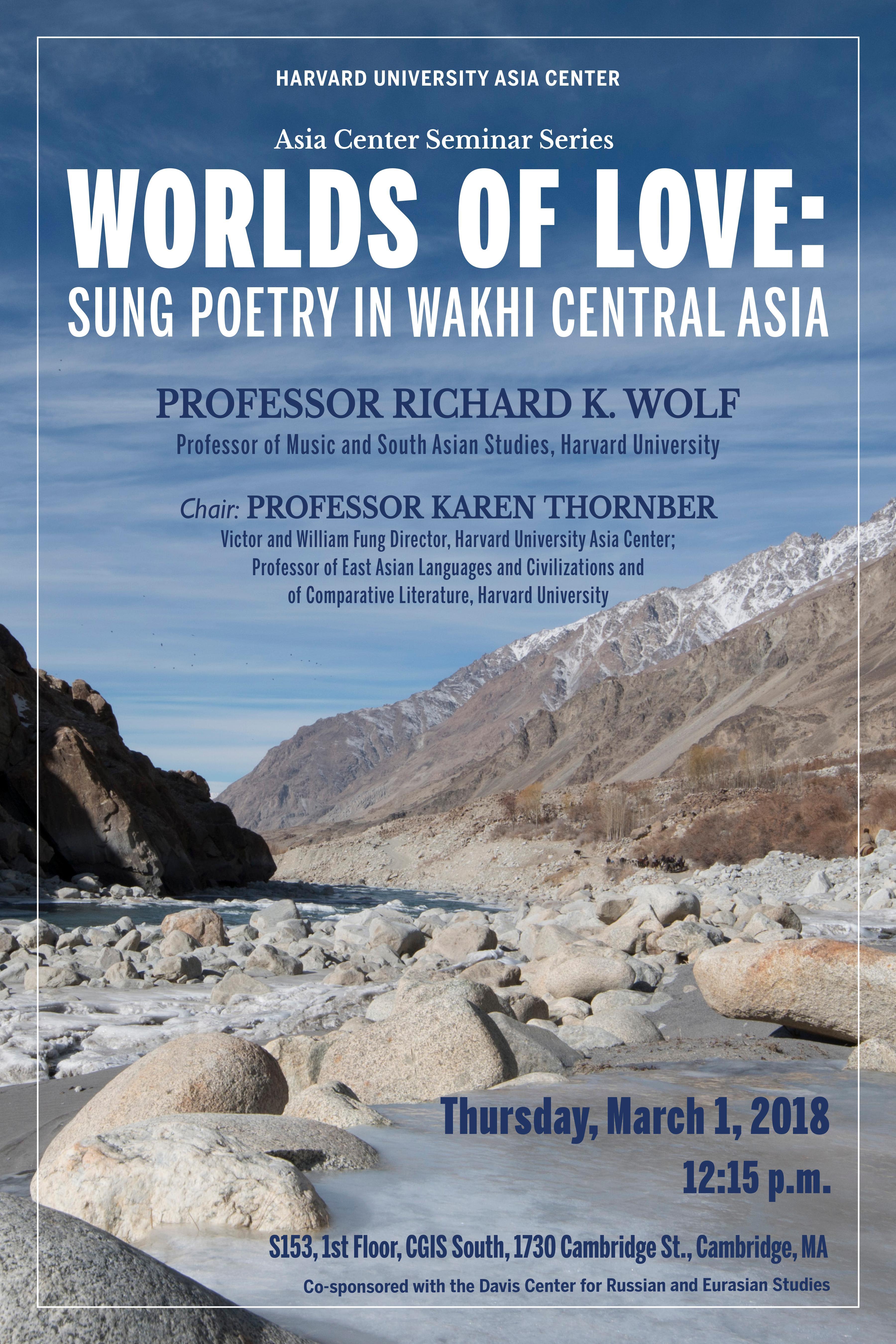 There was a problem communicating with our database server. Please try again in a few minutes.