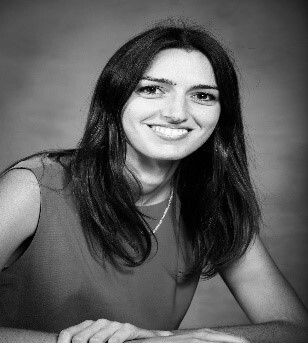 Maria Adele Carrai is a recipient of a three-year Marie Curie Fellowship [PEGASUS]² at the Leuven Centre for Global Governance – KU Leuven (2017-20) and a Fellow at Harvard University Asia Center (2018-19). Her research focuses on China’s legal history and how it affects the country’s foreign policy.

Maria Adele was trained as a sinologist and political scientist in Italy (University La Sapienza, Ca’ Foscari University, University of Bologna), the UK(Erasmus scholarship at the School of Oriental and African Studies) and China (Italian Minister of Foreign Affairs Scholarship). After having spent one year as visiting doctoral researcher at New York University Law School, she completed her Ph.D. in 2016 at the University of Hong Kong, where she was a recipient of the Hong Kong Government Ph.D. Fellowship, the Swire Scholarship, and the Award for Outstanding Research Postgraduate Student for 2015-16. She was a postdoctoral fellow at the Princeton-Harvard China and the World Program (2017-18), Max Weber Fellow in Law at the European University Institute of Florence (2015-17) and Global Hauser Fellow at the New York University Law School (2016-17).

Her book project “A Genealogy of the Concept of Sovereignty in China since 1840” is forthcoming with Cambridge University Press. The book looks at the way Chinese intellectuals, political figures, and diplomats appropriated and articulated the notion of sovereignty in their foreign policy within the new discourse of international law in the period between 1840 to the present. By tracing a genealogy of the notion of sovereignty in China from the earliest introduction of international law until the present, the book provides a historical perspective through which to better understand the path China is taking as a normative actor within the international global order.

Maria Adele’s general research interests include international law and relations, Western and Chinese legal and political philosophy, legal history, Chinese foreign policy. She is a native speaker of Italian, is fluent in Chinese and French, and has a basic knowledge of Japanese and Arabic.

There was a problem communicating with our database server. Please try again in a few minutes.