Imaginative Mapping: Landscape and Japanese Identity in the Tokugawa and Meiji Eras by Nobuko Toyosawa 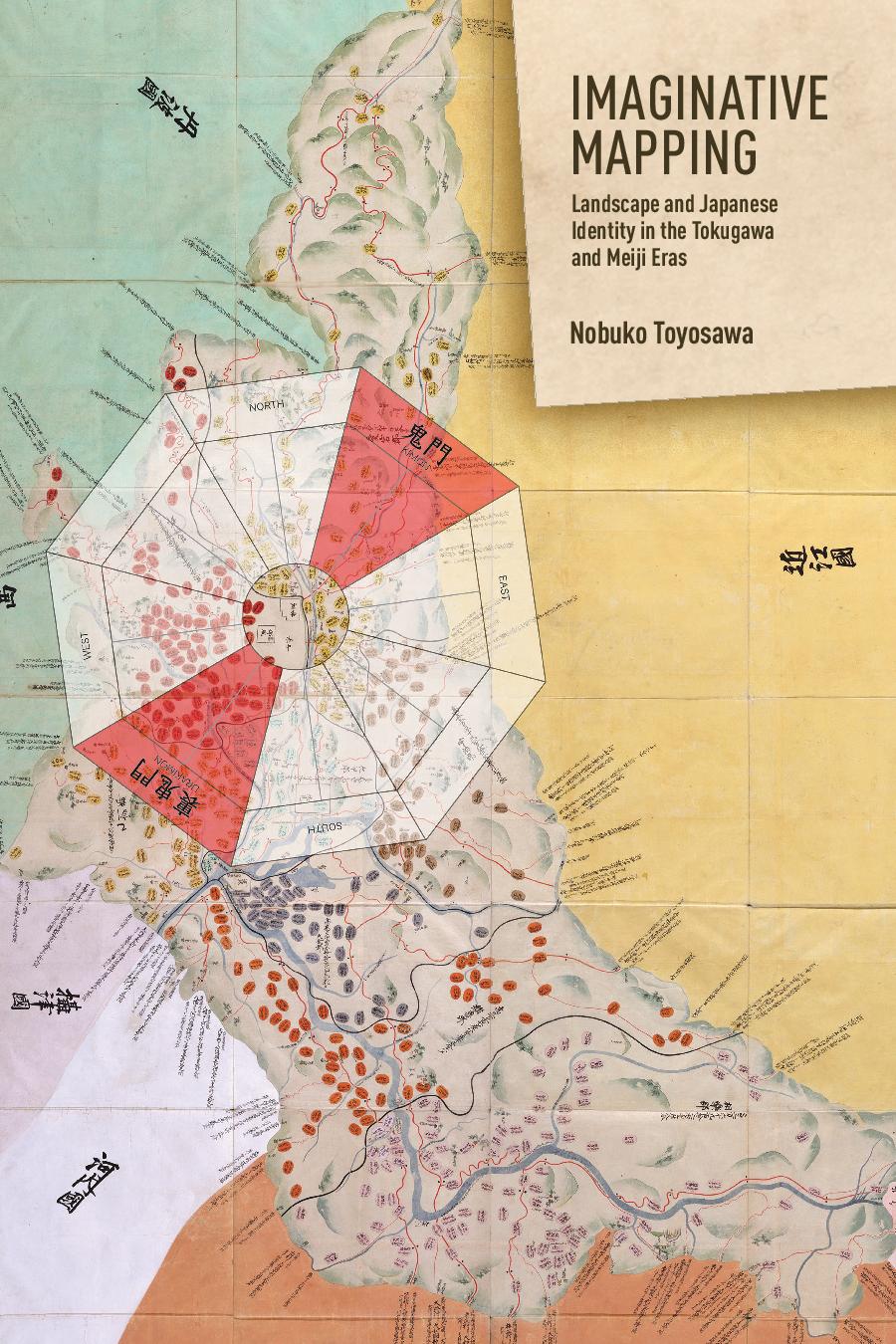 Landscape has always played a vital role in shaping Japan’s cultural identity.  Imaginative Mapping analyzes how intellectuals of the Tokugawa and Meiji eras used specific features and aspects of the landscape to represent their idea of Japan and produce a narrative of Japan as a cultural community.  These scholars saw landscapes as repositories of local history and identity, stressing Japan’s differences from the models of China and the West.

By detailing the continuities and ruptures between a sense of shared cultural community that emerged in the seventeenth century and the modern nation state of the late nineteenth century, this study sheds new light on the significance of early modernity, one not defined by temporal order but rather by spatial diffusion of the concept of Japan. More precisely, Nobuko Toyosawa argues that the circulation of guidebooks and other spatial narratives not only promoted further movement but also contributed to the formation of subjectivity by allowing readers to imagine the broader conceptual space of Japan.   The recurring claims to the landscape are evidence that the landscape was the medium for the construction of Japan as a unified cultural body.