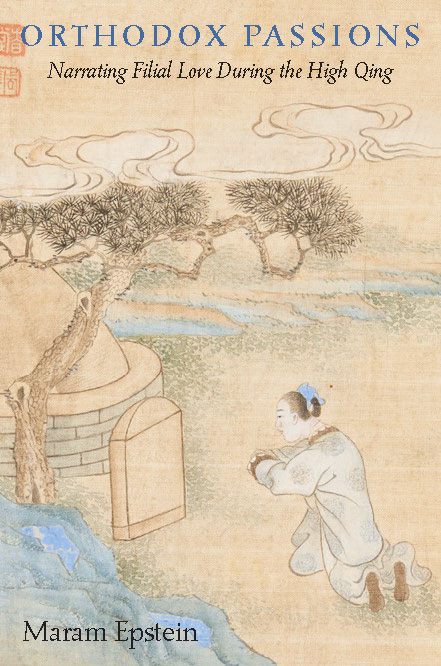 In this groundbreaking interdisciplinary study, Maram Epstein identifies filial piety as the dominant expression of love in Qing dynasty texts. At a time when Manchu regulations made chastity the primary metaphor for obedience and social duty, filial discourse increasingly embraced the dramatic and passionate excesses associated with late-Ming chastity narratives.

Qing texts, especially those from the Jiangnan region, celebrate modes of filial piety that conflicted with the interests of the patriarchal family and the state. Analyzing filial narratives from a wide range of primary texts, including local gazetteers, autobiographical and biographical nianpu records, and fiction, Epstein shows the diversity of acts constituting exemplary filial piety. This context, Orthodox Passions argues, enables a radical rereading of the great novel of manners The Story of the Stone (ca. 1760), whose absence of filial affections and themes make it an outlier in the eighteenth-century sentimental landscape. By decentering romantic feeling as the dominant expression of love during the High Qing, Orthodox Passions calls for a new understanding of the affective landscape of late imperial China.