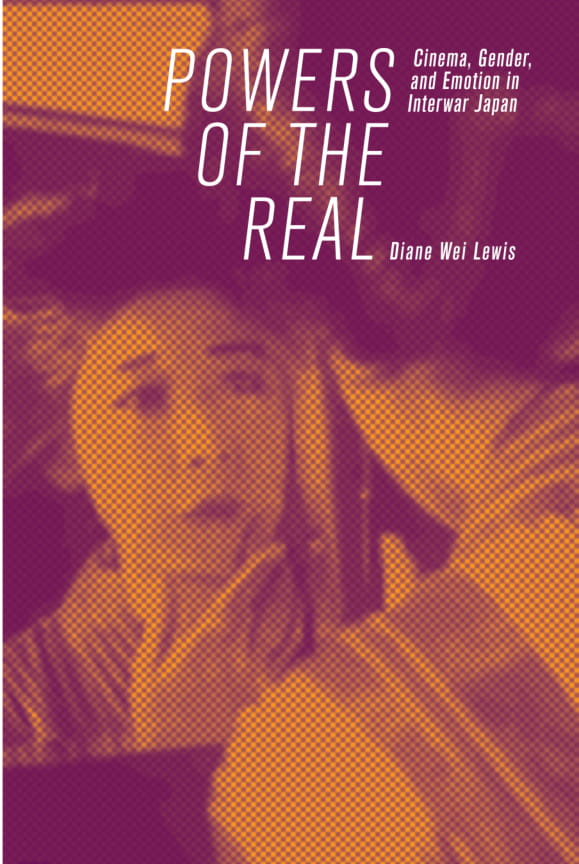 Powers of the Real: Cinema, Gender, and Emotion in Interwar Japan by Diane Wei Lewis (23 B&W illustrations). Available in both hardcover and paperback.

Powers of the Real analyzes the cultural politics of cinema's persuasive sensory realism in interwar Japan. Examining cultural criticism, art, news media, literature, and film, Diane Wei Lewis shows how representations of women and signifiers of femininity were used to characterize new forms of pleasure and fantasy enabled by consumer culture and technological media. Drawing on a rich variety of sources, she analyzes the role that images of women played in articulating the new expressions of identity, behavior, and affiliation produced by cinema and consumer capitalism. In the process, Lewis traces new discourses on the technological mediation of emotion to the 1923 Great Kanto Earthquake and postquake mass media boom. The earthquake transformed the Japanese film industry and lent urgency to debates surrounding cinema's ability to reach a mass audience and shape public sentiment, while the rise of consumer culture contributed to alarm over rampant materialism and "feminization."

Demonstrating how ideas about emotion and sexual difference played a crucial role in popular discourse on cinema’s mass address and its sensory-affective powers, Powers of the Real offers new perspectives on media history, the commodification of intimacy and emotion, film realism, and gender politics in the “age of the mass society” in Japan.