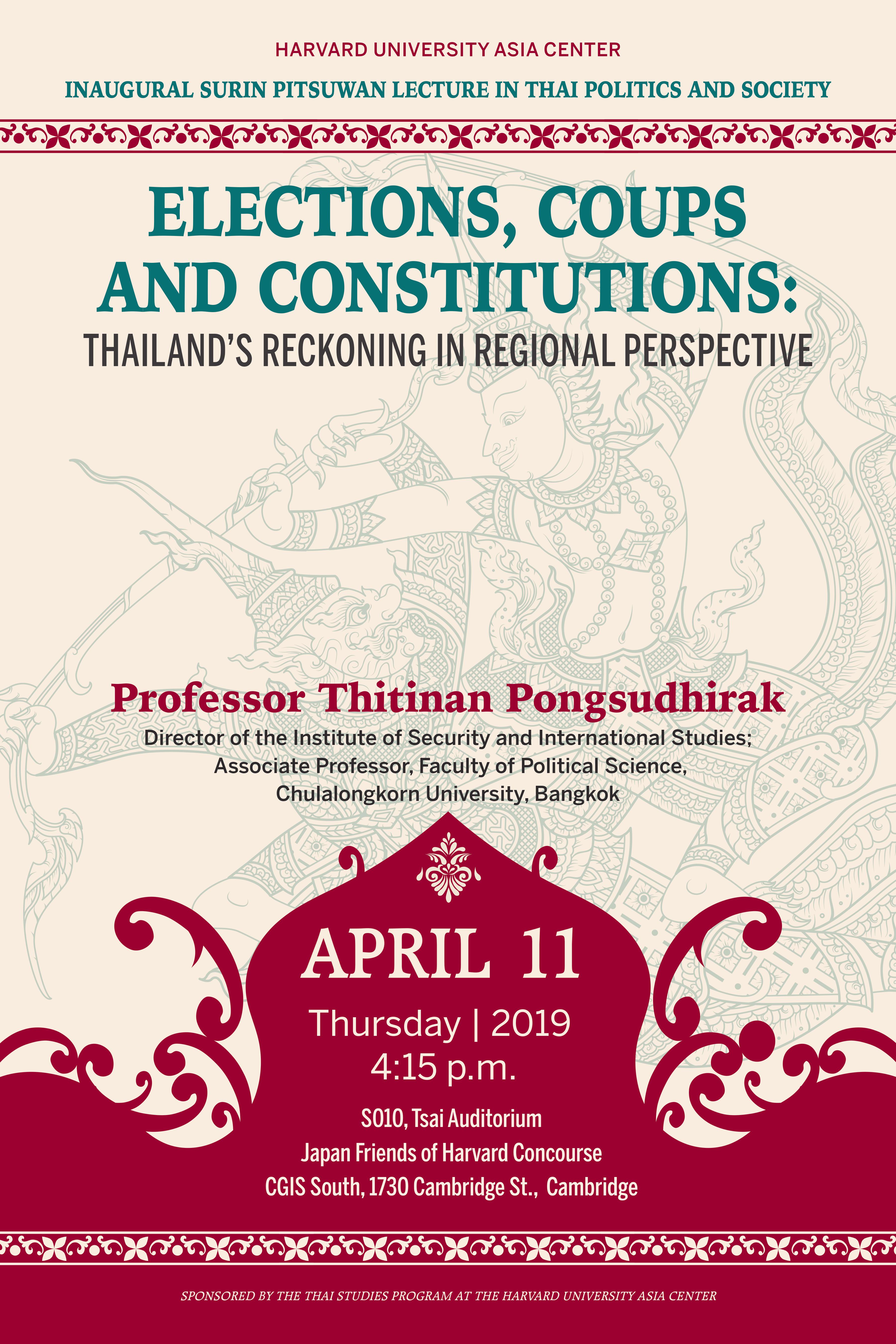 The Inaugural Surin Pitsuwan Lecture in Thai Politics and Society, "Elections, Coups and Constitutions: Thailand's Reckoning in Regional Perspective," was given by Professor Thitinan Pongsudhirak on April 11, 2019 in the Tsai Auditorium, CGIS South. Professor Thitinan is Director of the Institute of Security and International Affairs, Faculty of Political Science, Chulalongkorn University, Bangkok.

This was the first Surin Pitsuwan Lecture in Thai Politics and Society as part of the Thai Studies Program at the Harvard University Center. It was named in honor of the late Surin Pitsuwan, the former Secretary General of ASEAN, former Foreign Minister of Thailand, and longtime friend of Harvard, the Asia Center, and Thai Studies.

Thailand’s murky election on March 24 serves as a prelude to a broader power struggle among competing players and institutions that now must operate under a new monarch. Old rules and patterns under King Bhumibol’s 70-year reign that ended in 2016 may no longer hold. A profound reckoning so far in the 21st century between Thailand’s monarchy-centered hierarchy and a democratic order based on popular rule will require compromise and mutual accommodation among competing interests to remain peaceful and enable the country to move forward. Thailand’s democratic transition and its prospects, in turn, bear lessons for other political regimes in its neighborhood.

This event was sponsored by the Thai Studies Program at the Harvard University Asia Center.

View the full video of the lecture here.