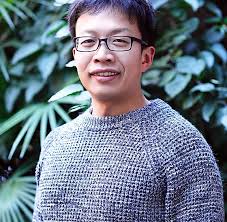 The live Q & A session will be moderated by Prof. Annette Damayanti Lienau, Department of Comparative Literature, Harvard University on Thursday, October 1, 10:00 a.m. EST via Zoom (details below).

Please send questions in advance to Yang Qu at yangqu@fas.harvard.edu or you may ask them during the live session.

China’s resistance to Japanese aggression escalated into a full-scale war in 1937. The continuously deteriorating situation stimulated the rise of Chinese nationalism in the diaspora communities worldwide. The Japanese invasion of China, accompanied by the emergence of the National Salvation Movement (NSM) in Southeast Asia, provided the overseas Chinese with, a rare opportunity to re-examine their ‘Chineseness’, as well as their relationships with the colonial states and the increasingly self-aware indigenous population. The research problematises traditional approaches that tend to regard the NSM as primarily driven by Chinese patriotism. Juxtaposing Malaya and Java at the same historical moment, the paper argues that the emergence of the NSM was more than just a natural result of the rising Chinese nationalism. Local politics and the shifting political orientations of overseas Chinese communities also profoundly shaped how the NSM played out in different colonial states.

Bio: Kankan Xie is an Assistant Professor of Southeast Asian Studies at the School of Foreign Languages, Peking University, China. He is interested in various historical and contemporary issues of the broadly defined "Nusantara" (Indonesia, Malaysia, and Singapore) and beyond.

He received his Ph.D. in Southeast Asian Studies, with a Designated Emphasis (minor) in Dutch Studies, from the University of California, Berkeley.