The 15th Tsai Lecture: The U.S. and Korea: An Unfinished Story 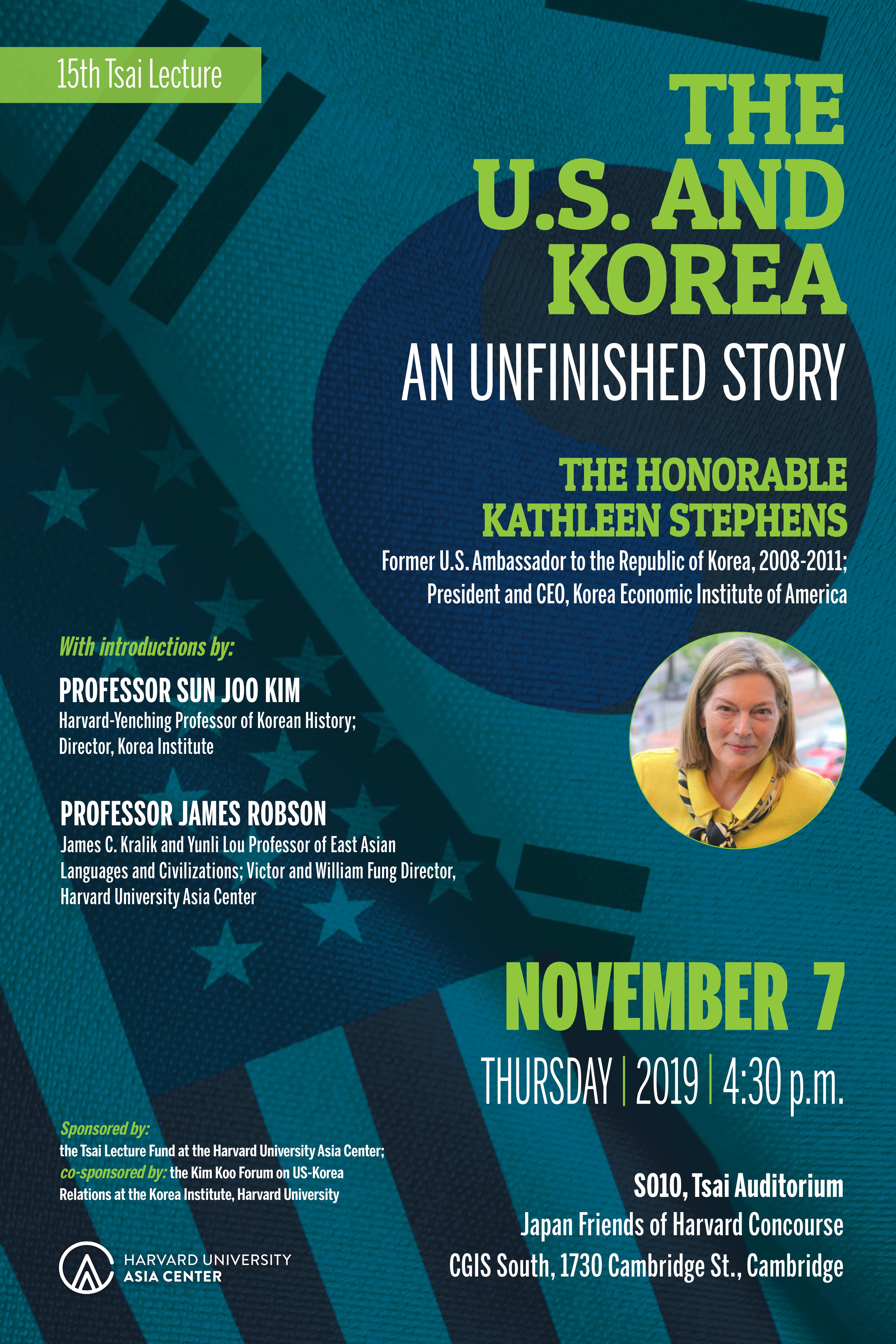 The United States has been deeply involved in Korea's modern journey. The U.S.-South Korea alliance has broadened and deepened over the years, contributing not only to South Korea's economic and democratic rise but to stability and prosperity in Northeast Asia. However, ​U.S. and international efforts to pressure or persuade North Korea to choose a path away from nuclear weapons have to date been unsuccessful.

Former U.S. Ambassador to South Korea Kathleen Stephens will draw on her decades-long experience in Korean affairs to discuss the challenges in the U.S.-Korea relationship today, including the task of denuclearization and peace on the Korean peninsula, and managing trade relations at a time of heightened U.S.-China tensions and a downgrading of South Korea-Japan relations. Is the U.S.-South Korea alliance a Cold War anachronism, unable to weather the era of China Rising, America First, and Korea’s own nationalist moment?  Will South Korea have to “choose” between China and the U.S., and if so, what will it choose? Is the “blood-forged” alliance with South Korea a burden or a benefit to the United States? And will North Korea ever peacefully give up its weapons? These and other pertinent questions will be addressed at Ambassador Stephens' lecture this Thursday.